Have you ever wondered how software development in China differs from the rest of the world? Are you developing a site for Chinese audiences? What are Chinese alternatives to Google developer tools? While trends and best practices for software development worldwide are relatively homogenous, China has its own set of rules for building web products. In the People's Republic of China (PRC), software engineers work within a set of legislative laws and restrictive technologies that regulate the internet. These rules make up the Great Firewall of China (GFoC).

While it can be lucrative to launch an online business in China, you have to understand its unique web development landscape. Alternative, localized social media sites like Weibo and Youku helped China remain independent from the influence of foreign tech companies like Facebook and YouTube. Even open-source libraries that are available to the rest of the world can be restricted in China. Want to know more? We’ve provided some guidance on the dos and don'ts of software development in China.

The dos and don'ts of software development in China

Don't use Google Fonts API: Avoid popular fonts such as Helvetica, Arial, Verdana, and Sans-Serif while developing your website for your Chinese audience. The Google Fonts API links your website up with Google's stylesheet to save on loading time. Avoid using any Google API for fonts because the call through the API will take a longer time since the fonts are hosted on Google servers, which are blocked in China.

Do use the universal fonts: Only use universal fonts or Chinese Standard Web Fonts for the websites, such as UTF8, 新宋体：NSimSun, 宋体：SimSun, 黑体：SimHei, 微软雅黑：Microsoft YaHei, 新細明體：PMingLiU. If you're not sure, test that the fonts are suitable for all operating systems, for both mobile phone and computer platforms, especially Android, since it may have an aversion to specific fonts. You can also check that the fonts are suitable for multiple languages. If you must use Google fonts, use Qihoo 360 to mirror the ones you need.

Do use either of two forms of Chinese characters: Use Chinese characters or characters that are customized for software or website development work in China. Adobe has teamed up with Google to create "Source Han Sans," which supports both Simplified Chinese and Traditional Chinese. Other web fonts that developers can leverage for a Chinese website or app include Songti, Heiti, Kaiti, Fansongti, Meishuti, and Yuanti.

Do link to popular Chinese social media platforms: Chinese social media platforms are compliant with the local rules and regulations, so it's worth building your presence there and linking those accounts to your website. China's social media sites were initially created as alternatives to Western platforms, but now they’re light years ahead in technology. WeChat is a combination of Facebook, WhatsApp, and Google News — it can be used for point-of-sale payments, shopping, bill payments, and even booking a doctor's appointment. Most businesses have accounts on this platform to promote their ware. Similarly, Sina Weibo is a Chinese platform equivalent to Twitter. It functions in the same manner the microblogging platform does and is quite popular amongst the young generation. QQ is another popular messaging service in third and fourth-tier cities in China. Businesses often advertise on QQ since it has an extensive reach.

Don't stick to global application stores such as Android PlayStore (which has been now removed from the Huawei platforms due to US sanctions), as it can limit your reach significantly. Use local application stores like Tencent My App Store, 360 Mobile Assistant, and MIUI App Store. Similarly, avoid relying solely on globally popular web browsers, as a significant portion of Chinese consumers uses home-grown Chinese browsers.

Don't try to hack the Great Firewall: The Great Firewall is a robust and adaptable system that should not be tinkered with. While using a VPN is considered a workaround, avoid using it on the Chinese mainland because sooner or later, it could be blocked and the path tracked. The legislation in China regarding the usage of the internet is fiercely regulated and adhered to. Anything related to Google may not work as efficiently as in the rest of the world. Hence if Google Maps and Google News were your staple source of information, look for alternatives, some of which have been mentioned in the previous points. Also, developers should avoid external or open-source resources in the form of code libraries. It is always a good practice to stick to the localization of data and services.

Do leverage local plugins: Developers should focus on leveraging existing source code and available plugins in China. Instead of bypassing the GFoC or looking for workarounds to install non-China plugins, developers and architects should think of customizing their software by keeping the popular Chinese equivalents of Western platforms in mind.

Don't ignore data privacy & security in a multi-cloud deployment model: Data residency and privacy rules and regulations are rigorous in China. However, wherever possible, do not depend only on popular cloud service providers (CSPs) such as Google, Amazon, or Microsoft. Try leveraging Chinese CSPs for building your multi-cloud environment from a data residency perspective.

To adopt a multi-cloud environment that is more suitable and compliant with local regulations. Developers in China are open to any available options as long as it complies with the data privacy and residency regulations. Aliyun, Huawei Cloud, Tencent Cloud, and Baidu Cloud, the major commercial cloud service providers, account for a combined 80% of China's market share. Alternatively, organizations can team up with a foreign company with a partnership with a Chinese firm or has their own data centers in China.

Do use local analytics alternatives: The best alternative is Baidu Tongji, as it integrates easily with Chinese platforms. Baidu Tongji (Baidu Analytics) provides digital marketers with insight regarding their campaigns and hit rates. One can use it to track research patterns and consumer behavior. It is one of the ways to understand the country's online trends. Baidu Analytics also prescribes quick fixes that improve website performances. This tracking also leads to greater consumer engagement and a higher probability of sales.

Don't use GitHub. Avoid using GitHub if possible for in-house development. With GitHub increasingly coming under the radar of local regulators, software programmers are rapidly moving over to the Chinese version.

Do use Gitee: Gitee is an open-source repository for collaborative software development. Gitee has been in existence for many years and was little known till the Chinese authorities pulled it out of oblivion. The idea was to turn it into a serious competitor to GitHub amidst the crisis with the USA. Gitee can attract quality open-source projects and attract developers from both within China and elsewhere and help collaborate seamlessly. The Chinese tech industry has been undergoing extensive technical decoupling with the USA for a long time and pushing them up the technological ladder. With Gitee, they would want to showcase their tech prowess and create an open-source hub for codes.

However, On May 18, 2022, the open-source code hosted on Gitee had been locked and hidden from public view. Gitee released a statement explaining that the locked code was being manually reviewed, as all open-source code would need to be before being published from then on.

Don't use third-party JavaScript: This is again to avoid instances where the Great Firewall of China blocks the server where the scripts are hosted, causing serious loading issues or non-functioning scripts. Besides, security concerns include cyber adversaries injecting malicious scripts to steal your users' PII (Personally Identifiable Information).

Do leverage third-party resources carefully: As many software developers have experienced, using external resources like code libraries is fraught with inconsistencies and trouble. Hence, any external resource or technology must be vetted carefully. Stick to local services. An ICP (Internet Content Provider) license is a must if you want to host your website on the mainland. Always remember to build the mobile version since smartphones are ubiquitous in China. Also, developers should note that while VPN can be helpful to some, the Great Firewall throttles its speed to a snail's pace and hence chooses a viable CDN (Content Delivery Network) to make the website accessible.

The Chinese software industry has grown by leaps and bounds, despite the many challenges. To a software developer new to the country's norms, it may look overwhelming in the beginning, however, given the vast opportunities the country provides, the challenges can be overcome quickly. All one has to do is adhere to the local laws and regulations and extensively stay on the list of dos. 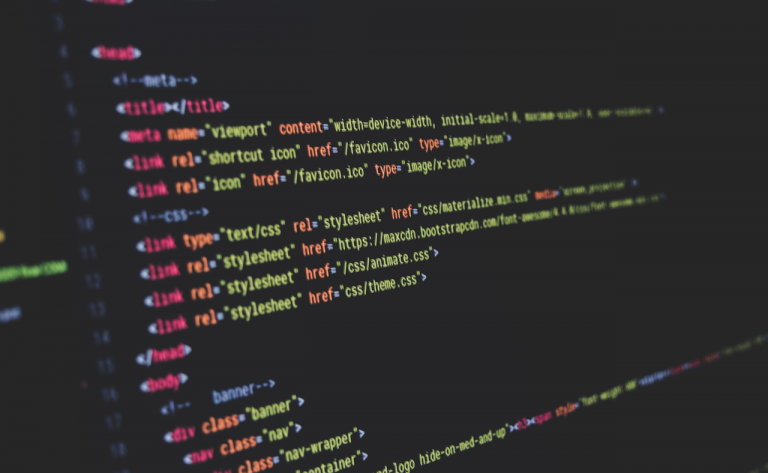 Blog
How an ICP license can facilitate your business in China

China ICP License
China website testing
How can we help you today?
Would you like to tell us what kind of solution you are looking for?
Please leave us your email address, we will provide a free testing in China for your website.
Messages received. We will respond to you within 24 hours.